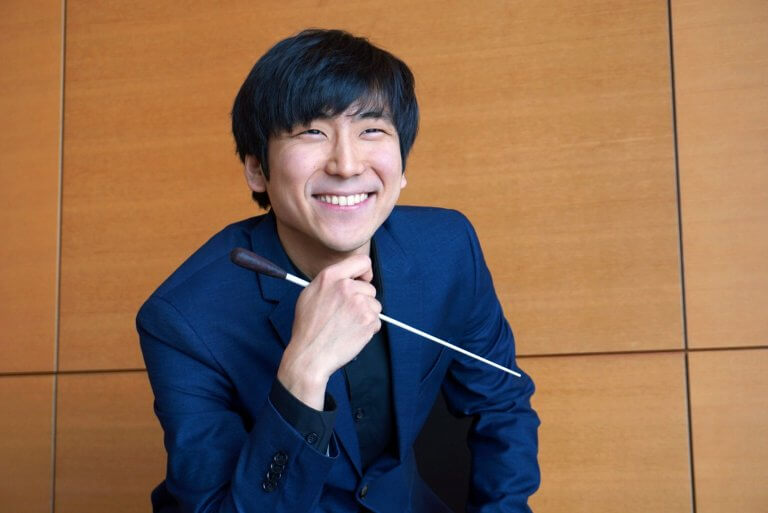 Taichi Fukumura is a rising Japanese-American conductor known for his dynamic stage presence, resulting in a growing international career. Acclaimed for his musical finesse and passionate interpretations, he is a two-time recipient of the Solti Foundation US Career Assistance Award in 2021 and 2022, and the newly appointed Assistant Conductor of the Fort Worth Symphony Orchestra for the 2022-2024 seasons.

Highlights from the 2021/2022 season include guest conducting débuts with Orquesta de Cámara de Bellas Artes in Mexico City and Fort Worth Symphony Orchestra. Selected by the Berlin Philharmonic as one of 10 Assistant Conductor Candidates, Fukumura conducted in the Siemens Conductors Scholarship Competition. He served as the Assistant Conductor of the Chicago Sinfonietta, where he previously received mentorship from Music Director Mei-Ann Chen as a Freeman Conducting Fellow. Past engagements include guest conducting the Boston Symphony’s Community Chamber Concerts and leading members of the orchestra in Stravinsky’s L’Histoire du Soldat. As a cover conductor, he assisted the Pittsburgh Symphony Orchestra and Chicago Philharmonic.

Born in Tokyo, Fukumura grew up in Boston and began music studies at age three on the violin. Professionally trained on the instrument, he received a Bachelor of Music in Violin Performance from Boston University, studying with Peter Zazofsky. He received both his doctoral and master’s degrees in Orchestral Conducting from Northwestern University, studying with Victor Yampolsky. Additional conducting studies took place at the Aspen Music Festival and the Monteux School and Music Festival.