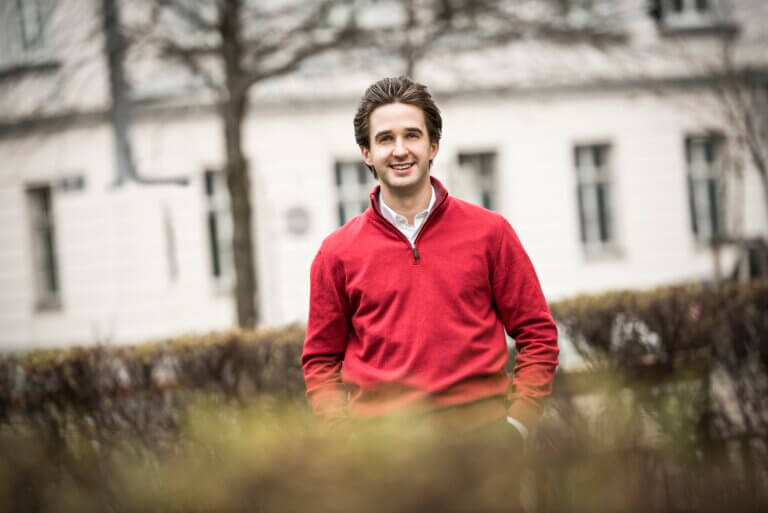 Laureate of the 2018 International Nino Rota Conducting Competition and semi-finalist in the 2017 Fitelberg Competition, Sándor Károlyi is rapidly building a reputation as a conductor of both orchestral and operatic repertoire.

Born in 1989, Sándor Károlyi studied as a pianist at the Conservatoire de Musique de Genève, conducting in Florence, Italy and his BA at the Conservatory (MUK Wien) and Masters at University for Music and Applied Arts in Vienna. His principal conducting education was through his studies with Professor Sophie Rachlin.

During his studies, Károlyi worked as Assistant and Language Coach for the Wiener Singverein Choir on tour in Russia and Japan and also for the Salzburg Festival. In 2013, he assisted at the Grand Théâtre de Genève, the Volksoper Wien and in 2014 became Chief Conductor of the ASO Orchestra Vienna. Károlyi has worked as an Assistant for the Verbier Festival Chamber Orchestra and in 2017 was awarded a bursary from the Eötvös Foundation in Budapest.

Sándor Károlyi’s commitment to music in Italy during the pandemic was noted and praised by Daniel Hope during the ARTE program Hope@Home. Over the past few months, Károlyi has spent his time coaching and working with the talented singers and repetiteurs at the Mascarade Opera Studio in Florence.

Future projects include a tour to Spain with the Wiener Concert-Verein, his return to the Orchestre de Dijon-Bourgogne and his debut with the Graz Philharmonic Orchestra.