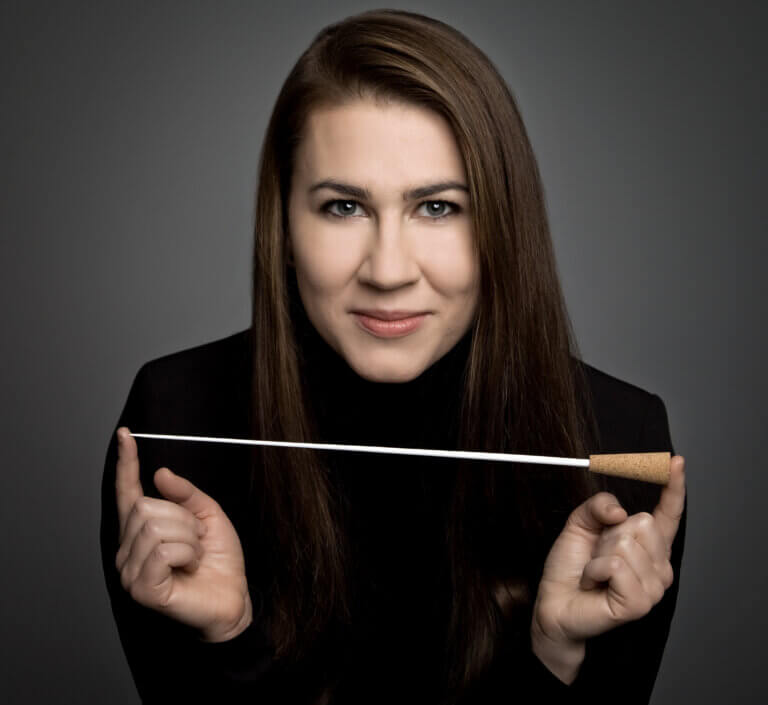 Marta Gardolińska is rapidly developing into one of the most exciting young conductors and is currently Music Director of Opera national de Lorraine. She was also recently announced as Principal Guest Conductor of Orquestra Simfònica de Barcelona from the 22-23 season following her hugely successful debut last season.

Marta came to international attention in 2018 as Young Conductor in Association at the Bournemouth Symphony Orchestra where she led the orchestra in two highly successful subscription concerts. This led to her being offered a Dudamel Fellowship with the Los Angeles Philharmonic during the 2019-20 season which included an invitation to be to be second conductor to Gustavo Dudamel for their Grammy award winning live Deutsche Grammophon recording of Ives Symphony No. 4. Marta returned to the Los Angeles last summer to make her debut with the Orchestra at the Hollywood Bowl which led to an immediate re-invitation to return in August 2022.

Along with her work as a symphonic conductor, she is also active in the field of opera. During the 20- 21 season she made her hugely successful French debut with Opéra national de Lorraine conducting a new production of Zemlinsky’s Der Traumgörge and the 21-22 season saw acclaimed productions of Messager’s Fortunio in Nancy and her debut at Opera du Rhin in Strasbourg conducting Carmen with Stéphanie d’Oustrac. During the 22-23 season she will conduct a much-anticipated new production of Manru by Paderewski and a revival of La Traviata at Opera national de Lorraine. Between 2013-2015 she served as the second conductor with the company Johann–Strauss–Operette Wien, learning the purest style of the Viennese musical tradition.

Inspired by the experience of singing in her school choir and fascinated by the colours of symphonic music, it led her to study conducting at the Frederic Chopin Music University of Warsaw, the University of Music and Performing Arts in Vienna and in many masterclasses and workshops with artists such as Bernard Haitink, Peter Eötvös, Simone Young, György Kurtág and Marin Alsop.

In 2015, she was named Conductor in Residence of the Akademischer Orchesterverein Wien and during the 17/18 season she held the position of Chief Conductor and Artistic Director of TU-Orchester Wien.

Before deciding to become a musician, she spent several years professionally training acrobatics, swimming, and middle distance running while at the same time studying flute and piano.