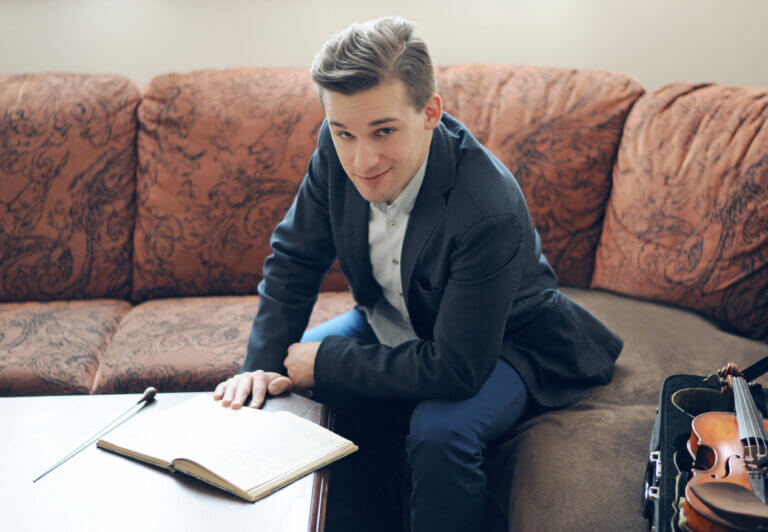 He had an opportunity to enhance his conducting skills with many world-recognized conductors during Masterclasses and International Fellowships. In 2014 he studied at Universität für Musik und darstellende Kunst in Vienna with Johannes Wildner and Uroš Lajovic. He also participated in many international conducting masterclasses, where he learned from finest conductors such as Collin Metters, Yaov Talmi and Rafal Delekta. He finished his master studies with Prof. Marek Pijarowski in The Fryderyk Chopin University of Music. He also obtained master’s degree in violin performance The Ignacy Jan Paderewski Academy of Music in Poznań.