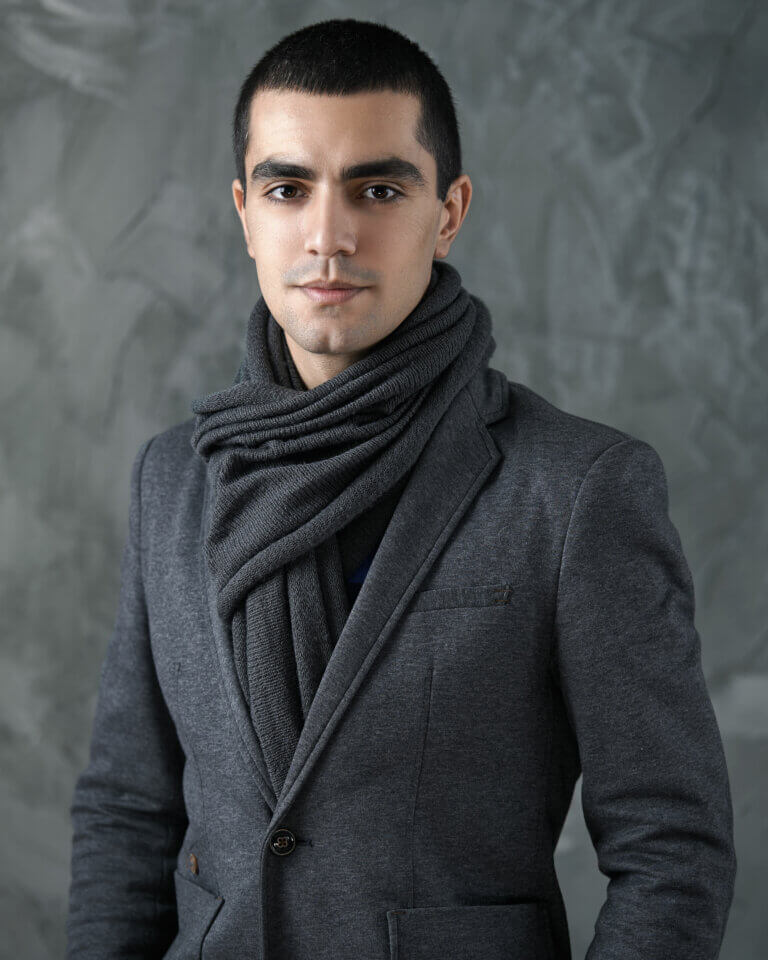 Gurgen Petrosyan was born in Nalchik in 1991. In 2015 he graduated from the Saratov Conservatory as a choral conductor and in 2017, as a symphony orchestra conductor. He has participated in master-classes held by Teodor Currentzis, Dennis Fisher and Yuri Simonov.

During his studies at the conservatory, he won several awards as a choral conductor, including the 1st prize at the Krasnoyarsk International Choral Conductors Competition (2015).

From 2015 to 2017 Petrosyan was Assistant Conductor of the Saratov Conservatory. From 2016 to 2018 he conducted the Volga Region Chamber Orchestra.

Since 2018 has been an assistant conductor, since 2021 – conductor of the Mariinsky Theatre. In the theatre he conducted operas Falstaff, The Tsar’s Bride, La fanciulla del West, Betrothal in a Monastery, Cavalleria rusticana, The Nutcracker, Le Rossignol, Christmas Eve, Die Fledermaus, The Maid of Orleans and concert programs. In December 2019 he conducted the orchestra during the Mariinsky ballet tour to Baden-Baden.

He won the 1st prize and gold medal of the Rachmaninoff International Competition for pianists, composers and conductors (Moscow, 2022).