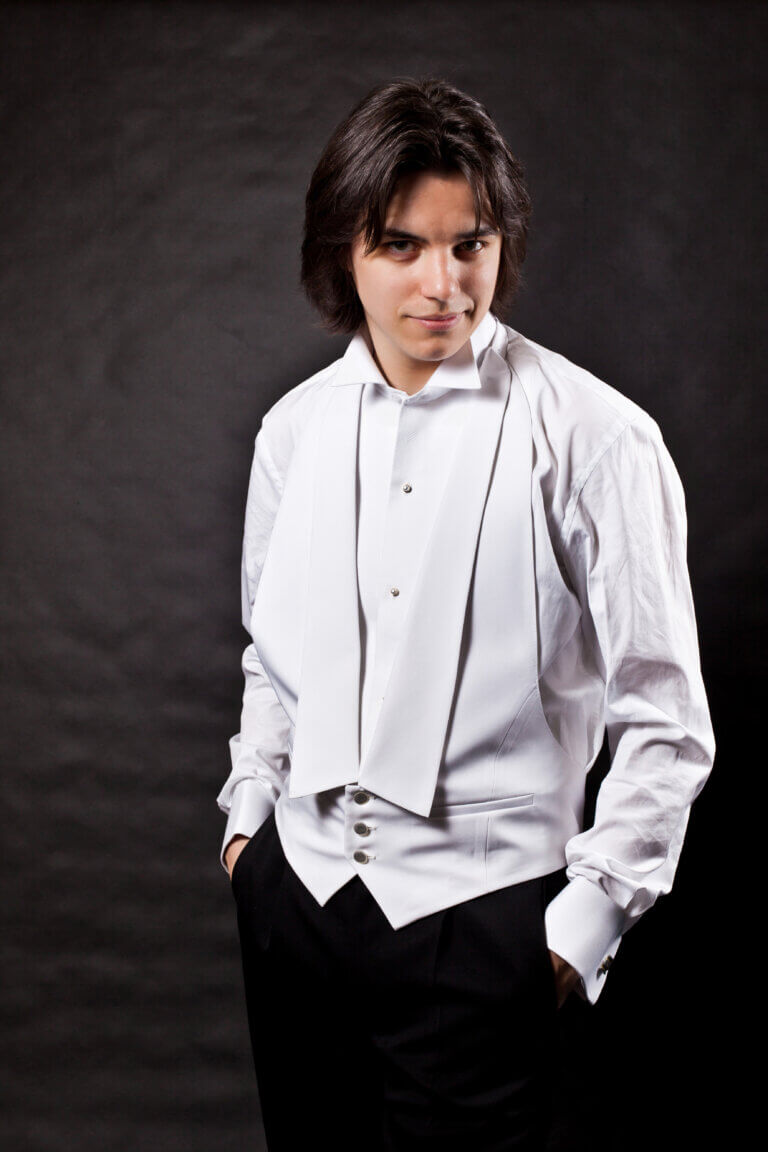 His work with the ZPO so far has featured critically acclaimed performances of Stravinsky’s The Rite of Spring and Schumann’s Cello Concerto in A minor. In 2019, he toured Kuwait with the Orchestra, and in January 2020, conducted the concert celebrating the official assumption of the presidency of the Council of European Union by Croatia at the Accademia Nazionale di Santa Cecilia in Rome, which ultimately determined his current tenure with the ensemble.

Warsaw-based Polish conductor made his conducting debut in 2016 with the Orchestra of the Warsaw Philharmonic after graduating from the Fryderyk Chopin Music University in the class of Maestro Antoni Wit. He has been in high demand as a guest conductor with majority of Poland’s finest orchestras since, and has established a reputation as one of the most charismatic conductors to emerge in this part of Europe in recent years.

Most notable among Dawid’s guest conducting projects to date include a successful Japanese debut with the Pacific Festival Orchestra in Sapporo, conducting Strauss’s Don Juan at the closing concert, a tour of Lithuania with the Sinfonia Varsovia Orchestra on the occasion of the 100th anniversary of Poland regaining independence with the repertoire of Bacewicz’s Concerto for String Orchestra, Wieniawski’s Violin Concerto No. 2 and Beethoven’s Symphony No.7, the opening concert of the Krzysztof Penderecki Festival with the Warsaw Philharmonic Orchestra on the occasion of the composer’s 85th birthday, and a concert with the same orchestra at the 10. La Folle Journée festival, as well as engagements with Polish Radio National Symphony Orchestra, Orchestra Giovanile Luigi Cherubini, Beethoven Academy Orchestra, Sinfonietta Cracovia, Polish Radio Orchestra, among others. This year, Dawid has led the Polish Sinfonia Iuventus Orchestra at the 25th Ludwig van Beethoven Easter Festival in Warsaw in the programme of Beethoven’s Egmont Overture, Haydn’s Trumpet Concerto in E flat major and Mozart’s Symphony No.36 in C major.

As an opera conductor, Dawid made a noted debut in 2015 with the production of Dariusz Przybylski’s Orphee at the Warsaw Chamber Opera. Also that year, he commenced his 3-year cooperation with the Grand Theatre – National Opera in Warsaw, where he assisted in the productions of Mozart’s La clemenza di Tito and Die Zauberflöte, Verdi’s Nabucco and a ballet performance The Tempest with music by Henry Purcell, Thomas Tallis, Robert Johnson, Matthew Locke, Michel van der Aa.

Past achievements that have built up Dawid’s distinctive conducting craft include participation in the 2. edition of the Riccardo Muti Italian Opera Academy (2016), where he worked on Verdi’s La Traviata under the watchful eye of Ricardo Muti himself, as the youngest of four carefully selected participants. He also took part in the prestigious masterclass with the Royal Concertgebouw Orchestra in Amsterdam led by Daniele Gatti (2017), conducting Mozart’s Symphony No. 40 in G minor, Mahler’s Symphony No. 4 and Stravinsky’s Petrushka.

In 2018, Dawid won the 3rd Prize and the Audience Prize at the 1st International Hong Kong Conducting Competition, conducting Brahms Symphony No 3 in F major in the finals. Later that year, he worked with the Boston Symphony Orchestra as part of their Assistant Conductor auditions. While in America, he attended the renown Tanglewood Conducting Seminar led by Maestro Stefan Asbury.

The Polish conductor has also received numerous domestic conducting awards and scholarships, and was an Assistant Conductor to Maestro Jacek Kaspszyk at the Warsaw Philharmonic during 2017/18 artistic season, thanks to the Scholarship of the Minister of Culture and National Heritage of Poland.

Dawid is a lecturer at the Fryderyk Chopin Music University in Warsaw where he has recently obtained his doctoral degree in Musical Arts: Conducting.