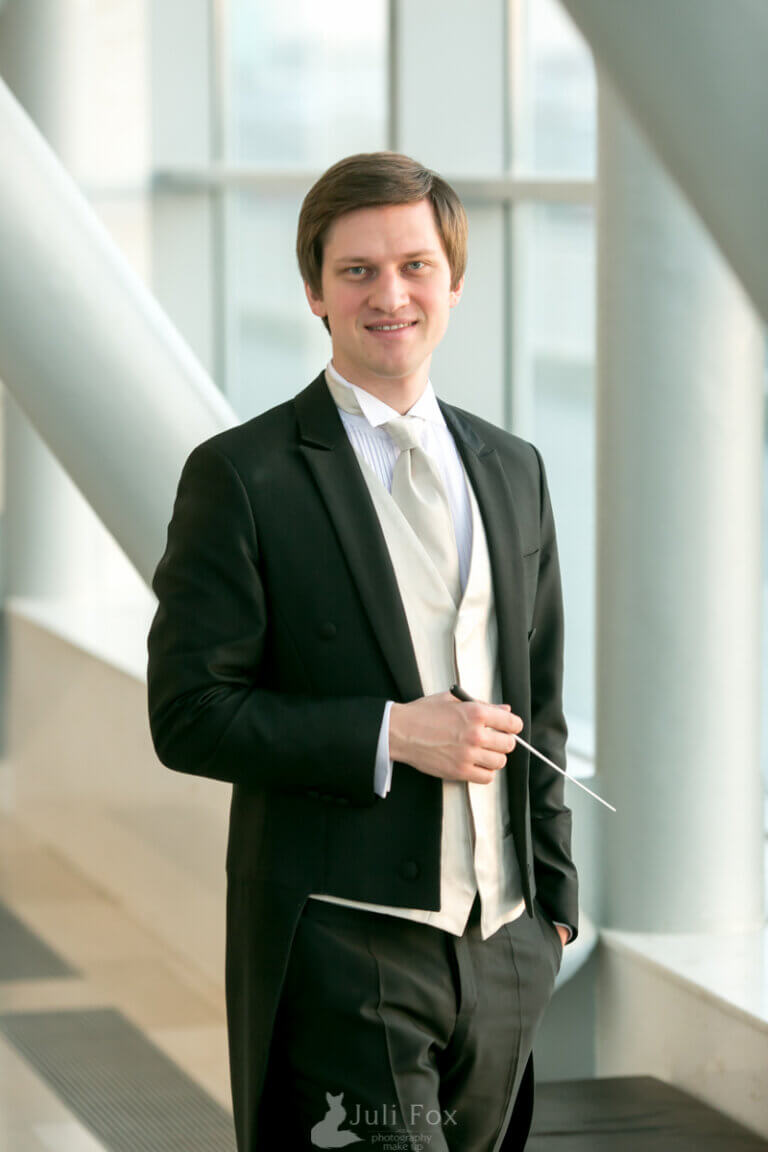 Anton Torbeev is currently Principal Conductor of Mariinsky Theater, Primorsky Stage (Vladivostok, Russia). He graduated from the department of operatic-symphonic conducting of the St Petersburg Conservatory in 2012, where he studied with People’s Artist of Russia Professor E. Serov.

He was a participant of prestigious master-classes with Maestro Bernard Haitink (Conductor Laureate of the Royal Concertgebouw Orchestra) and Fabio Luisi (Principal Conductor of the Metropolitan Opera). He took part in the last master-class given by the great conductor Lorin Maazel in June 2014 (USA).

From 2012–2013 he studied at the University of Music and Art in Graz (Austria) with Professor Wolfgang Dörner and participated in master-classes with Maestro Peter Gülke in Salzburg (Austria) during the Mozartium Festival.

He has collaborated with well-known Russian directors including Yury Alexandrov, Susanna Tsiryuk and Alexei Stepanyuk.

He was given the Award of the Government of St Petersburg. He is a holder of Young Talent scholarship of the Ministry of Culture of the Russian Federation, a recipient of the Gartov Foundation grant (Germany) and the Georg Solti Foundation Award (Belgium). He has also been awarded a special diploma by the Public Chamber of the Primorsky Region for his fruitful and publicly significant activities, considerable contribution to the region’s cultural life and recognition among its community. In January 2018 he received the Audience Award at the 1st Hong Kong International Conducting Competition. In 2021 awarded with a special prize at the I International Competition of Conductors Only Stage.

In June 2017, he participated in the International Conductors Seminar in Seoul where he studied with Prof. Tadaaki Otaka (Japan) and Prof. Chi-yong Chung (South Korea).

Since 2016 he has been a conductor at the Primorsky Stage of the Mariinsky Theatre.