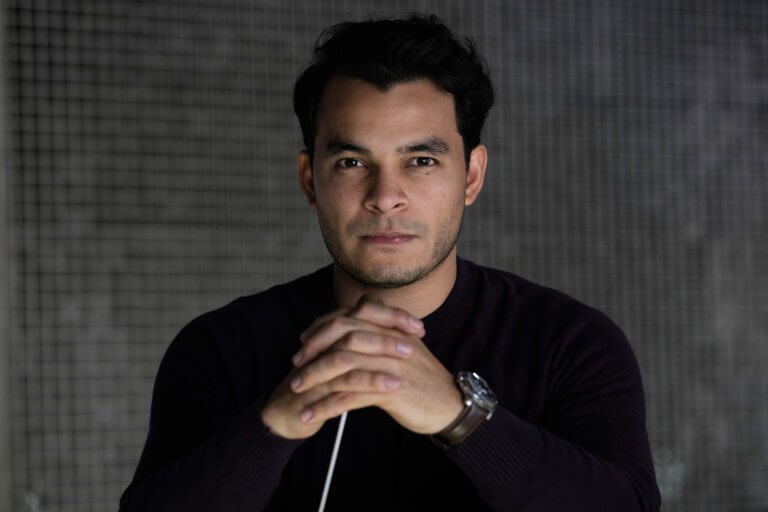 Born in Coro, Venezuela in 1992, cellist and conductor Abner Padrino began his musical studies at El Sistema at the age of six in El Tigre, Anzoátegui. A graduate of the Simón Bolívar Conservatory of Music, he has taken part in cello masterclasses with Arto Noras, Alisa Weilerstein, Yo-Yo Ma, Natalia Gutman, Matt Haimovitz, Mario Brunello and others. In 2009, he made his solo début with the Simón Bolívar Symphony Orchestra, and in that same year he entered the orchestra as a cellist, where he has made numerous international tours in America, Europe and Asia.

In 2018, Padrino made his début conducting the Simón Bolívar Symphony Orchestra. Since then, he has become a frequent guest conductor, and made his début at the European Festival of Young Soloists in May 2022. He was nominated for the German Conductor’s Award in 2021 in Cologne, conducting the Gürzenich Orchester Köln and WDR Sinfonieorchester Köln. In May 2022, he was selected to participate in a masterclass by Cristian Măcelaru, conducting the Romanian Chamber Orchestra in Timișoara, Romania. Later that year, he participated in the Princess Astrid International Music Competition in conducting, working with the Trondheim Symfoniorkester & Opera, and reaching the semi-finals of the competition. In September 2022, he conducted the Orchestra del Teatro Regio Torino as he took part in the Guido Cantelli International Conducting Competition.